What do all these games have in common?


Well, besides being in my steam library… They are sci-fi exploration games. Some more so than others, but I enjoyed exploring the settings in these games. Since No Man’s Sky is the newest and the big hotness, I’ll get it out of the way first. 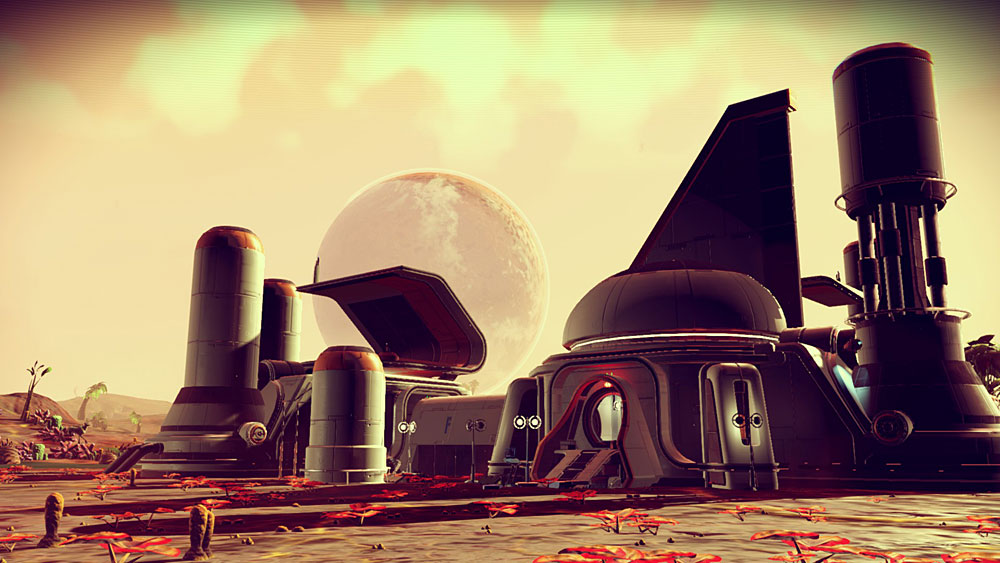 
Here’s a game just built for exploring. And you get a very unique view of a galaxy. I say a galaxy becauses it’s not our galaxy. The heart of this game is that it’s mostly computer generated. Very little was hand created, so that plays with some very interesting mechanics. Since it’s computer generated, you see some stuff that’s a little strange, but sometimes you see stuff that works. 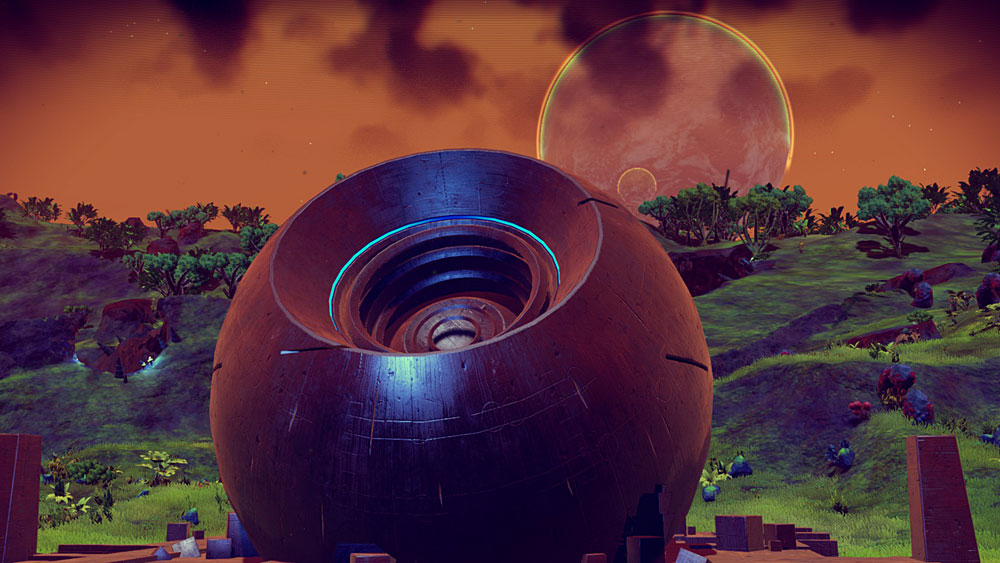 Since most of the game is computer generated, once you explore a couple planets, you kind of explored most planets. Even though it’s different by numbers on paper, a person’s ability to discern patterns quickly finds the sameness. I liked scrounging every inch of my first planet, and walking around my second planet, but I already found myself running from place to place later on.


The story is interesting, but I find it very cyclical for the three races. You can find monoliths that tell you about that race, but it’s usually the same thing. They are great and powerful, yada yada yada. I’m confused about Atlas and those sentinels are just plain no fun. I have to harvest and run so I don’t grab the ire of those annoying little fellas.


If I had to guess, the three main races you find were top dogs of the galaxy, until the sentinels swarmed them and toppled their power through a battle of attrition, and then Atlas is trying to do something… Maybe good, maybe selfish, but I’m curious enough to find out. 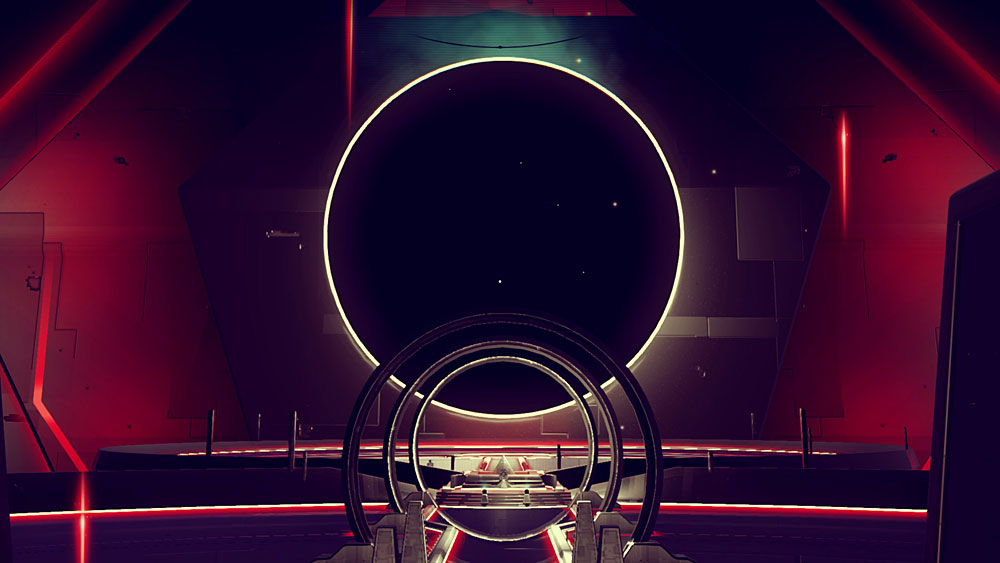 I may sound like I’m being hard on the game, well if they had multiplayer co-op I’d sure be a lot nicer, but I do like the game in the end. If not for what they are, but what they can become. No Man’s Sky computer generated an entire freaken galaxy, with humungo planets and semi unique creatures for each planet. It’s a damn good start and can only get better the more they add to it. More planet types, more buildings, more races, more creatures, more ship parts, more anything will add to what can be discovered.


If you found yourself wondering if you should or shouldn’t get No Man’s Sky, my suggestion is to stay on the fence if that is where you are planted and wait a bit for a deal to come by, because the longer you wait, hopefully the more will be in this game. It worked great for me and Ark. 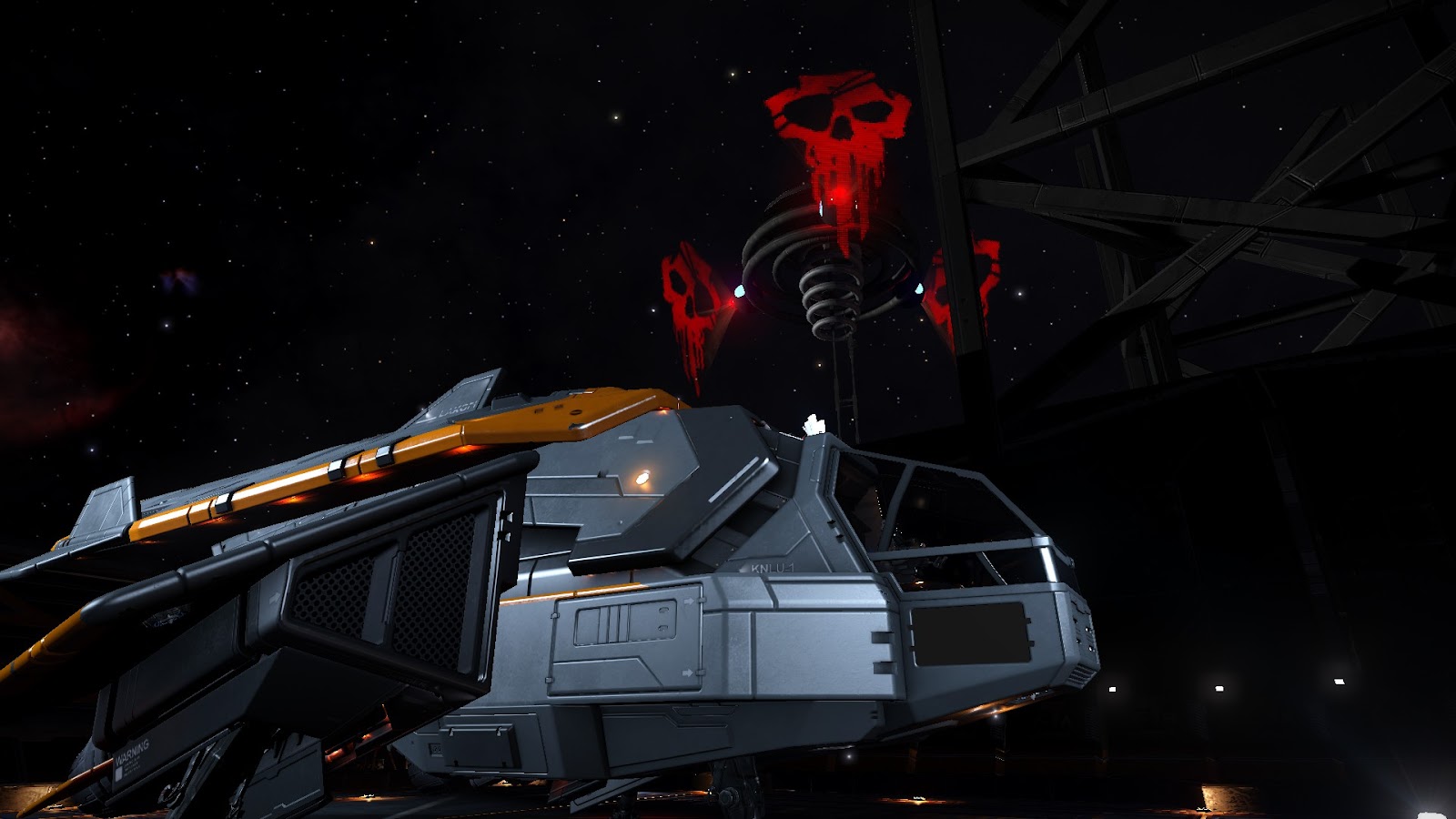 
Some may be all like, “how is Elite: Dangerous an exploration game?” All I can say is, I have tons of screenshots of awesome locations I’ve found. I haven’t traveled outside of civilised space yet and I still find wonderful shots.


Why I included Elite: Dangerous in this post is because I feel like they can learn from each other.


Elite does great for craft control. I can hover, move, look, and see the status of my ship with ease (and some practice) unlike No Man’s Sky which is setup to kind of put that experience on rails a bit. It’s nice not crashing into the planet, but let me stop and look around once in awhile in my space craft. I also feel combat is better in Elite, but I like No Man’s Sky simplified version so I can get in and out quickly. 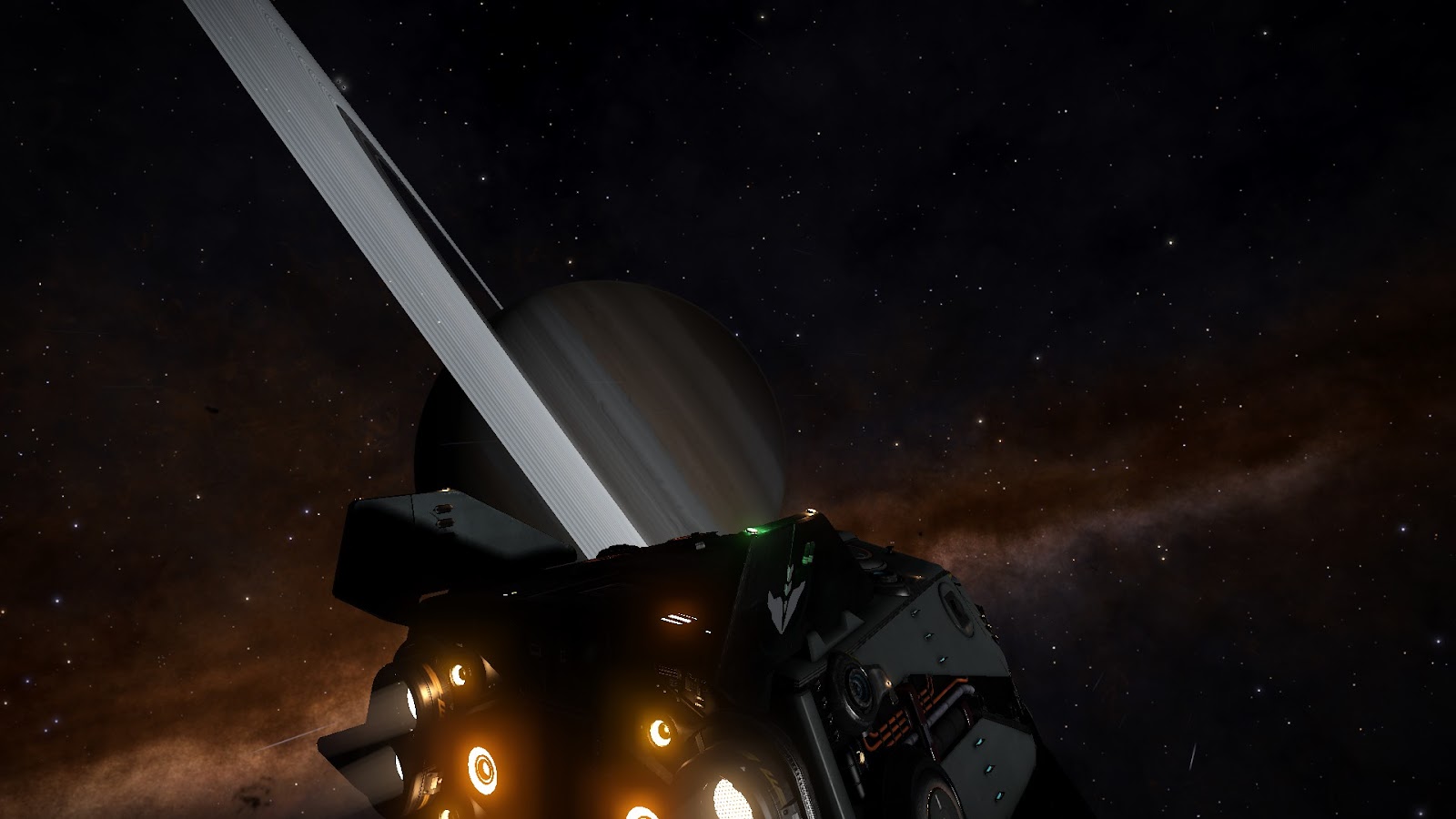 No Man’s Sky let’s you get out of your craft, which lets me feel more connected to a character, vs a ship. As silly as that sounds, I don’t feel connected to anything in Elite. I am quick to change ships if I think it works for the style I want to play, but in No Man’s Sky, I have a character I can hear breath when they run.


Comparing the two games, I say they are their own games, definitely. They both bring great stuff to the table of space exploration.


Now, if Elite was great for space exploration, Planet Explorers is great for planet exploring. Heck, it’s in the name.


This is a game that was overlooked by me. I had it on my wishlist for a while, but I was distracted by other games. I finally got it only because Faeldray thought this dork was in need of a good game, but even then it just sat on my steam account until she was all like “nuh-uh! You gonna sit down and play this game” and I was all like “but work and time and stuff” and she all like “all work and no play makes Tyr a terrible blogger” and then I was like “aww, why you bring that up” and she all like “pfft, I didn’t, this is all in your head”... >.>


I think that’s how it went down.


Anyways, this game has everything I could have wanted for the planet exploring part of the game. A procedurally generated world with a population, some jobs for me to do, equipment, a Star Wars Galaxies-esq resource gathering mechanic, tons of crafting, the works. I love this game.


But it’s not without its faults. There are bugs and optimization issues because it’s still being developed, though I can easily look past all that. The best part is it has co-op!>.> - - - - No Name’s Sky 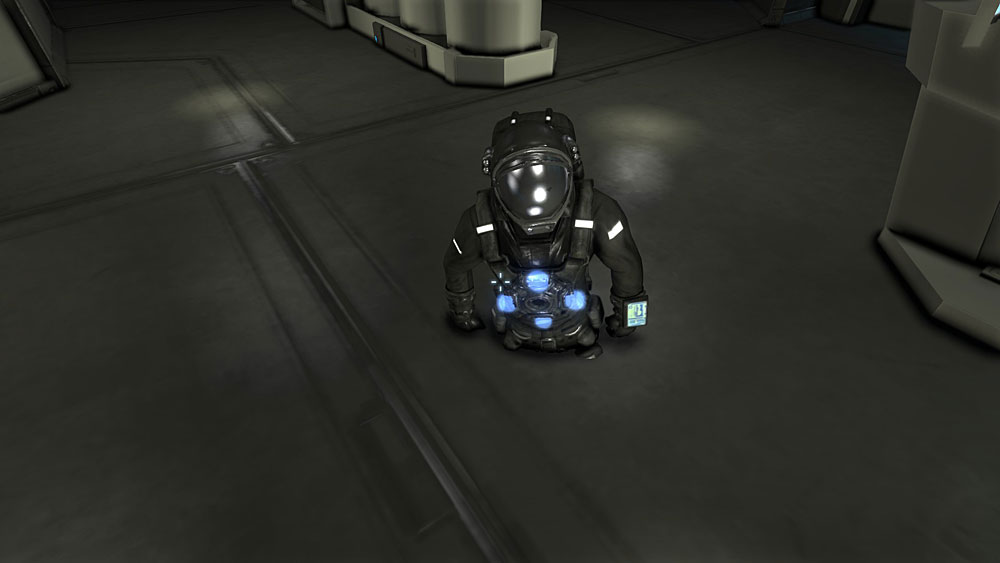 Posted by Tyrannodorkus at 9:51 PM No comments: 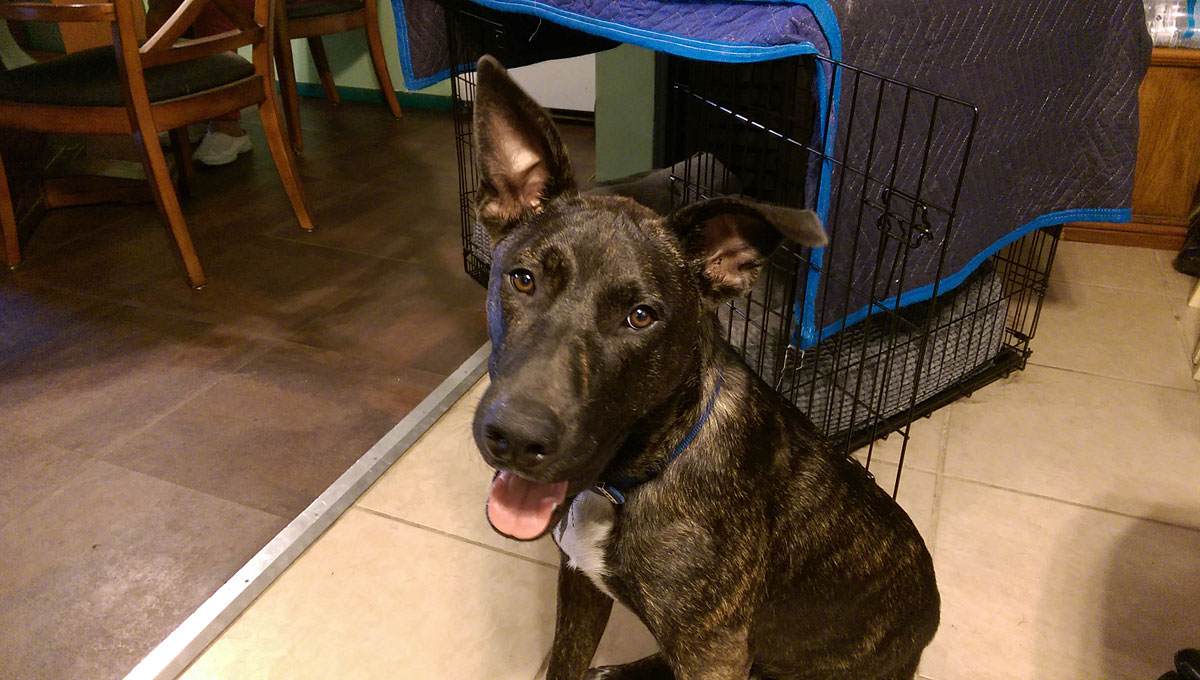 This is a personal post, mostly for me to remember. It will be sad, so I would skip it if you don’t want to feel that way. 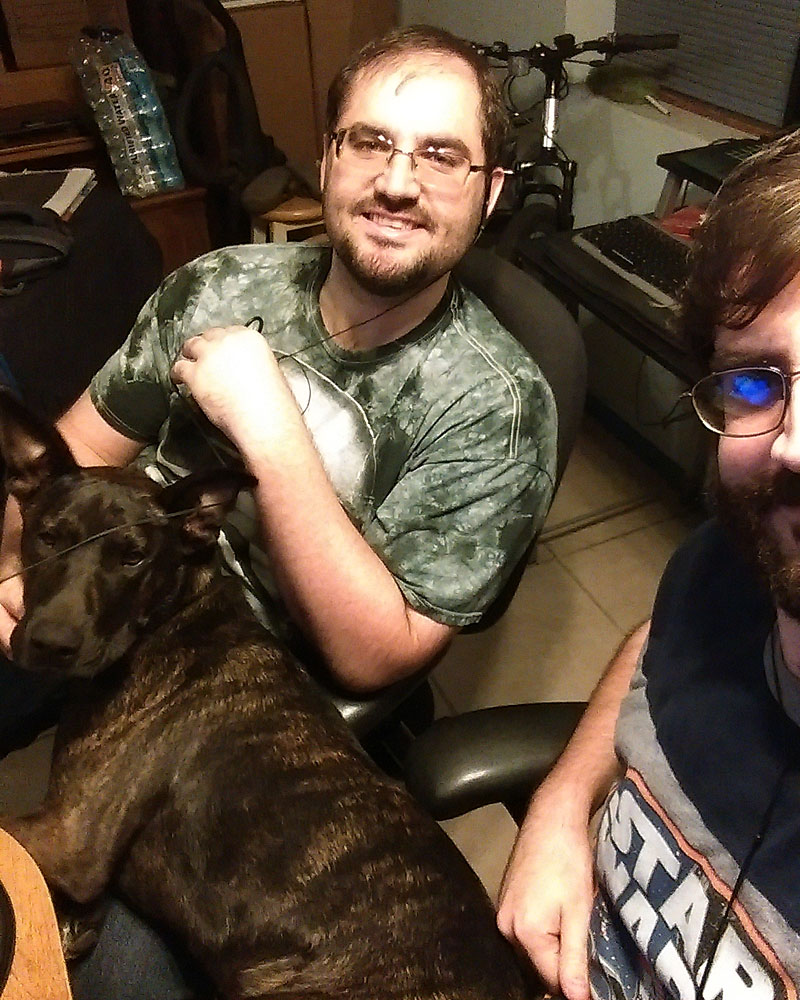 I’ve lost my buddy this past Monday. Not very long when we got to work, my brother received the most terrible call, our buddy was struck in traffic and he didn’t make it. We hurried back home, a angry and heartbroken trip, and awaited to hear back from animal services to pick up his remains. It’s a hard time for us, including our dad. We only had Charles for over three months, but he was already part of the family.


We love our buddy, and the house is very empty feeling without him. I’ve personally retreated from checking Twitter and doing my small routine there at the beginning of the week. I didn’t want to feel happy, and I didn’t want to bring you my sadness. I couldn’t even make this post until the end of the week.

I'm sad that Charles is gone, and angry that he was taken from me. At the same time, I also don't want to give up, I have a lot of love to give and want another dog. My brother isn't in the mood or the right place to get another, and I agree, but I don't know how long I can continue with seeing his empty bed. I'm not replacing him, because he can not be replaced.

It's strange to love your pet. They aren't family you're born into, or are married in, but a companion you let in and they become family.


I love you my buddy. I wasn’t there to protect you from the mistake you made in escaping the yard, and you didn’t deserve the ultimate punishment for something many dogs do. So I’ll end on a poem I’ve wrote for you over the week. 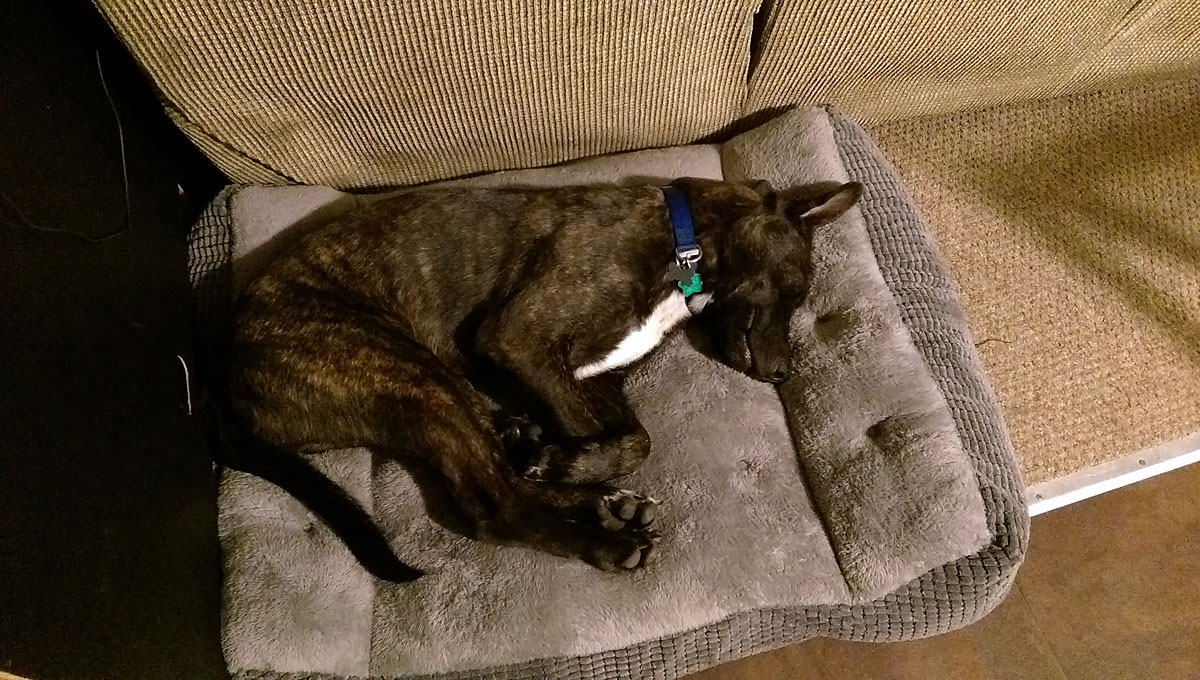 Struck down by a motorist that was distracted or speeding, or couldn't be bothered to slow down, rolling the dice that their paths wouldn't have a chance meeting.


So I took in hand the land that I'm a fan, the internet. A place for me to make my escape from the daily race and to self medicate. But not to where it made me happy, just forget my ache.


I love you, buddy, and I did everything I knew to keep you safe, but all it takes is one mistake.


We only had you for a few months, and you're now gone a couple of days. You were family day one and I already miss when we played.


I don't know why you left the yard. Bored? Hungry? Saw something?


Whatever it was, it was a simple mistake. You didn't deserve this.


You're now laid to rest to next to another buddy we'd lost a year and a half ago, so neither of you are alone. Rest up now, you're home. 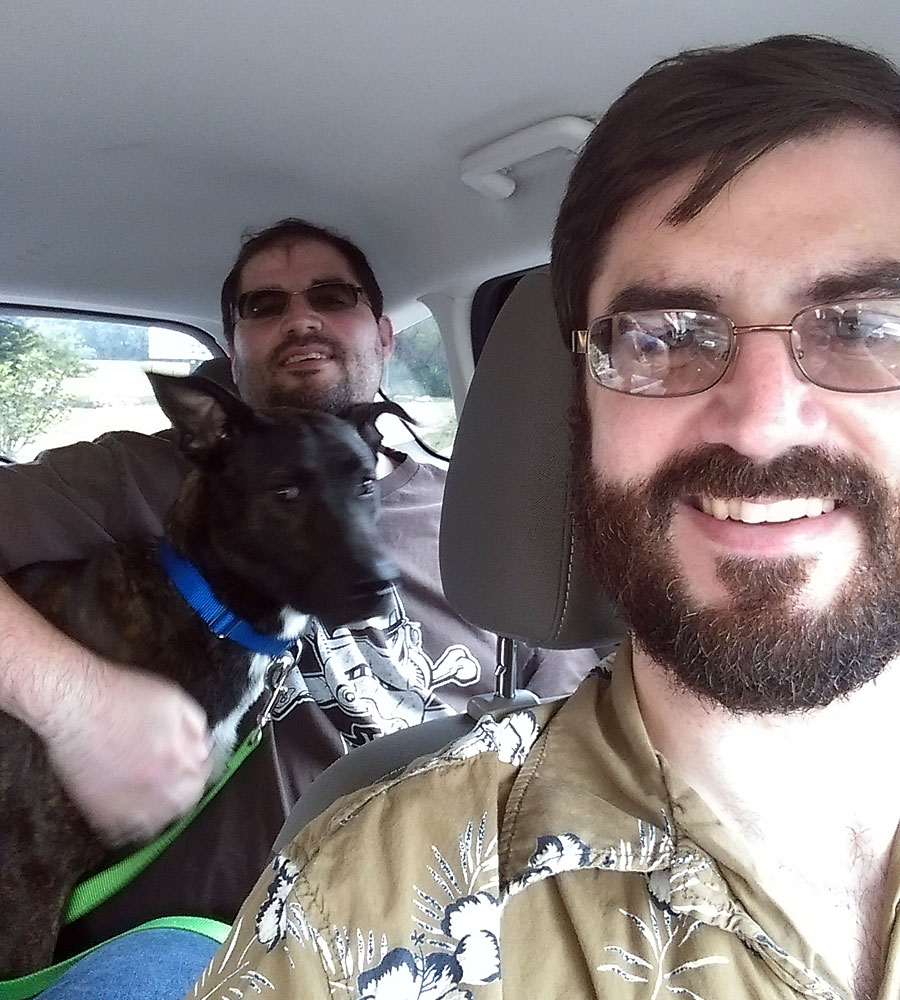 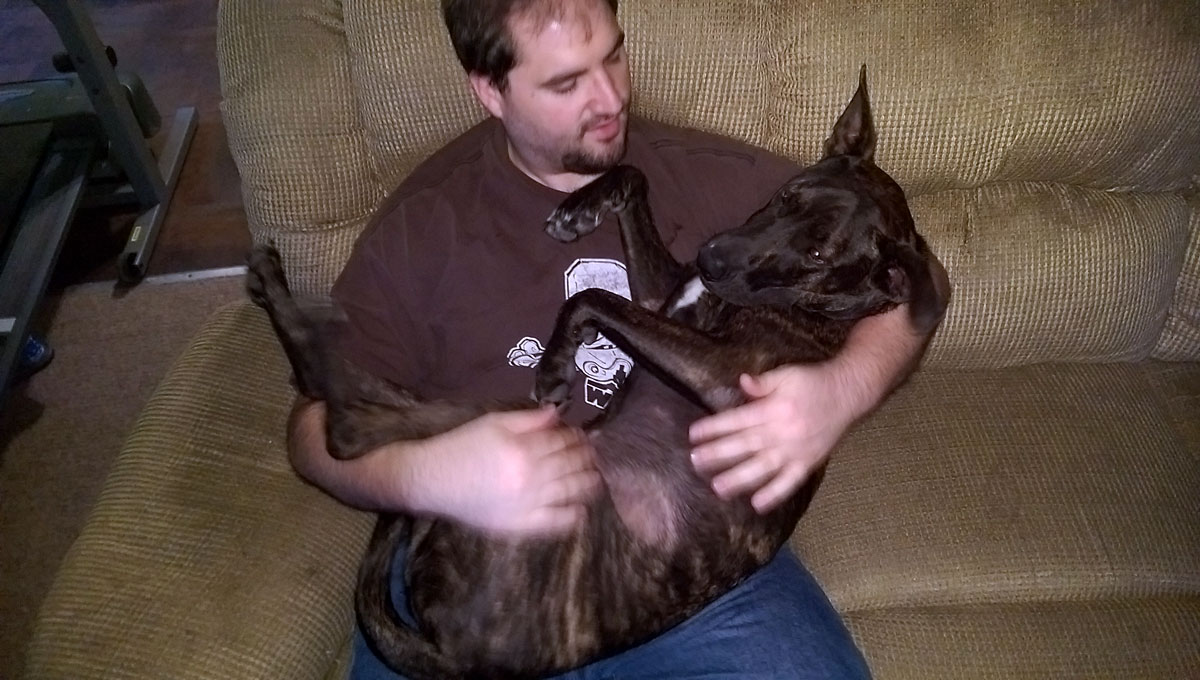 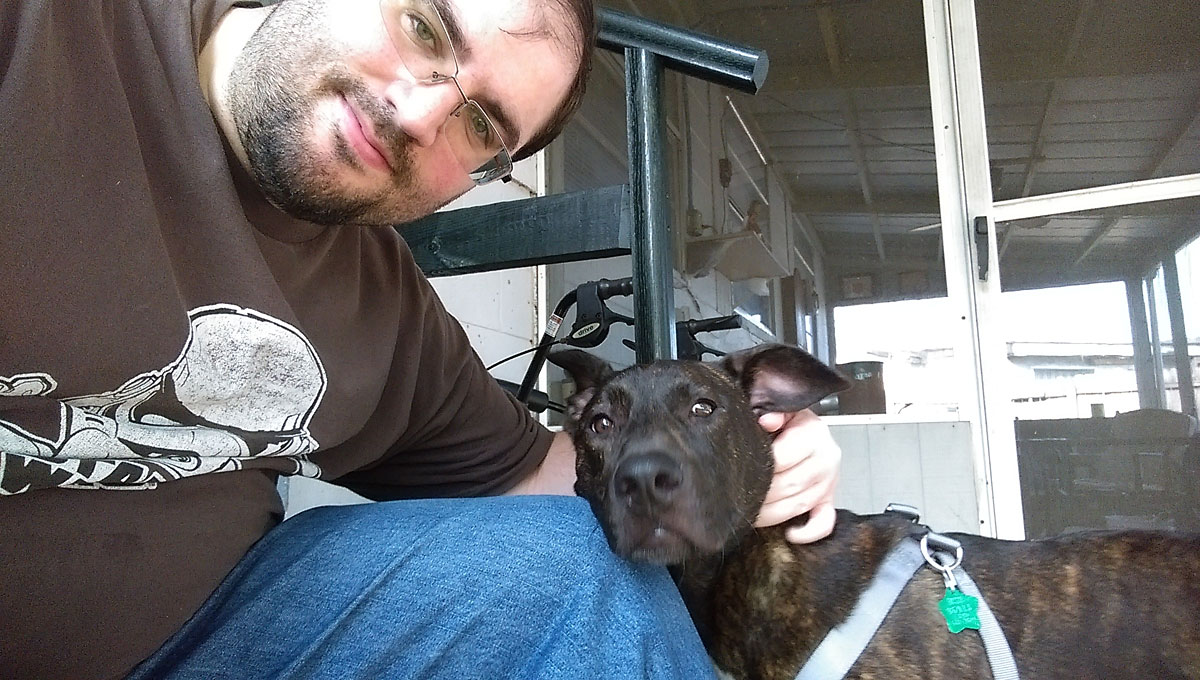 Posted by Tyrannodorkus at 3:20 PM No comments: