It’s the fourth of July here in the states, and fun fact, it’s the same day across the globe too for anyone on the Gregorian calendar. Learn something new every day >.>


For those who aren’t horologists (yeah, it’s a real thing), the point I’m getting at is that it’s our Independance Day celebration in the states. That calls for good ol’ American values of shooting bottle rockets out of your drunk friends buttcrack. Lucky for drunk friends out there celebrating, I had none to trick, but I still had fun shooting some fireworks.


During this holiday, I had to sneak away from the family gathering to get some blogging in. Really missed doing this since my new job is eating up a lot of my hours. Speaking of which, the Steam Summer Sale, or Sssssssss if you want to sound like a snake, I was able to get by relatively unscathed. I did have a second go at it from my last post and picked up Shadows of Mordor. I was originally skipping over this game because I was being a bit of a lore snob, but a local friend of mine had convinced me to explore the mechanics of it. I love me some interesting mechanics, so I’ll give it a go.


Currently it’s waiting in line right now, as adventure games go, because I’m already playing through the Witcher series, which has been good so far, and finally playing Zelda: Twilight Princess with my brother. Witcher is a pretty interesting take on monster hunting where you take your time and build up to the main monster, learning about your environment and “helping” others while making some coin doing it. It’s a nice slower pace than what I’m used to.


Zelda on the other hand doesn’t feel very much like a Zelda game. I think we are getting close to a third to half of the game and haven’t seen anything about the main bad dude yet. Just a vague name. There’s also these kids, but I’m not connecting with them at all. It’s still full of Zelda like fun, but it feels more like Hyrule Warriors than a Zelda game.


Lastly, I was very pleasantly surprised when I got a gift from Faeldray on Steam, Planet Explorers. She said it’s a really awesome game so I can’t wait to start playing it. I wanted to do more than just thank her, so I made a doodle instead. Bask in the glory that is my awesome artwork. She said it made her Summer, which was great, because she made mine. Thanks again, Fael. 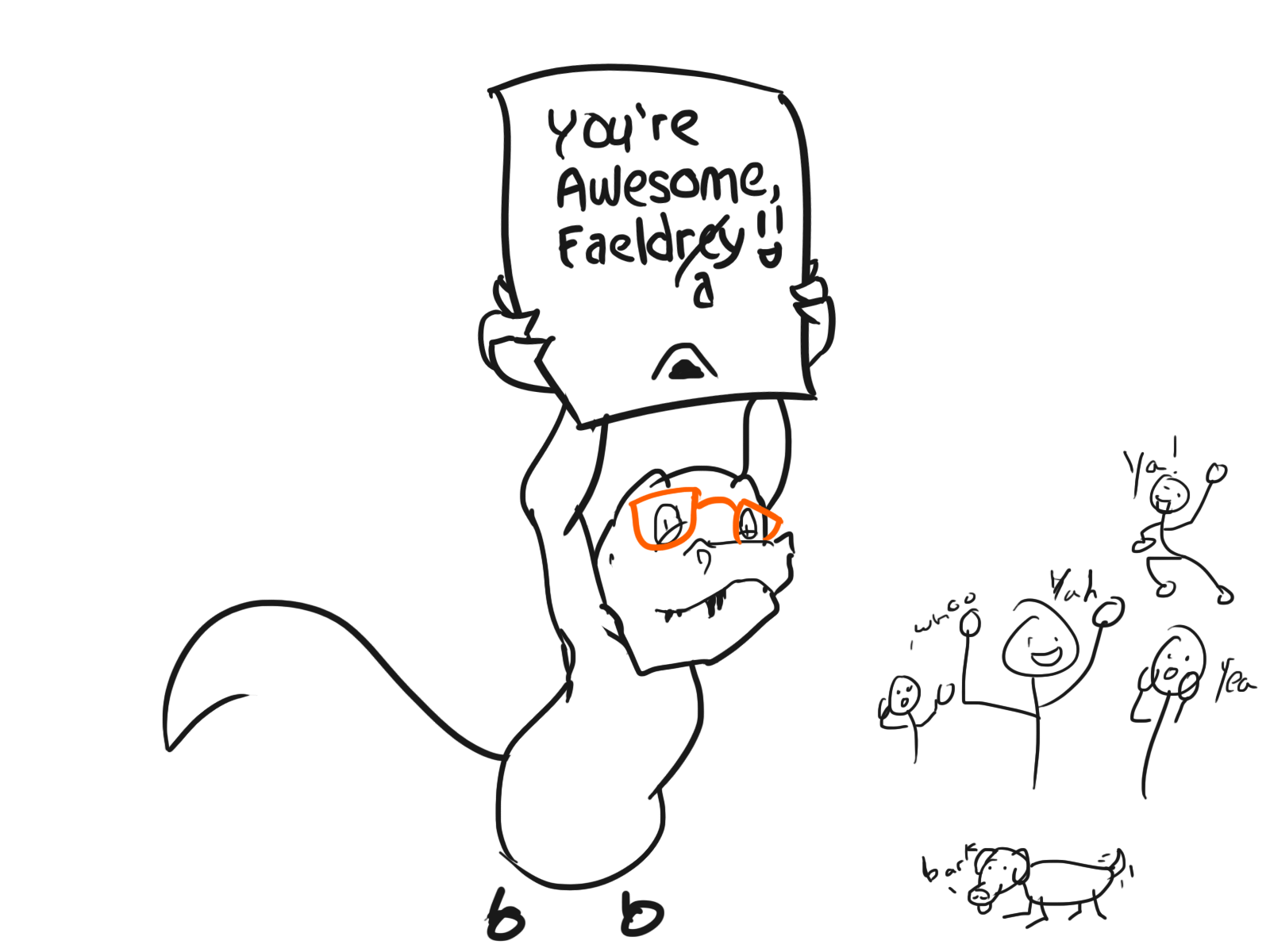 Posted by Tyrannodorkus at 5:48 PM

Email ThisBlogThis!Share to TwitterShare to FacebookShare to Pinterest
Labels: Holiday