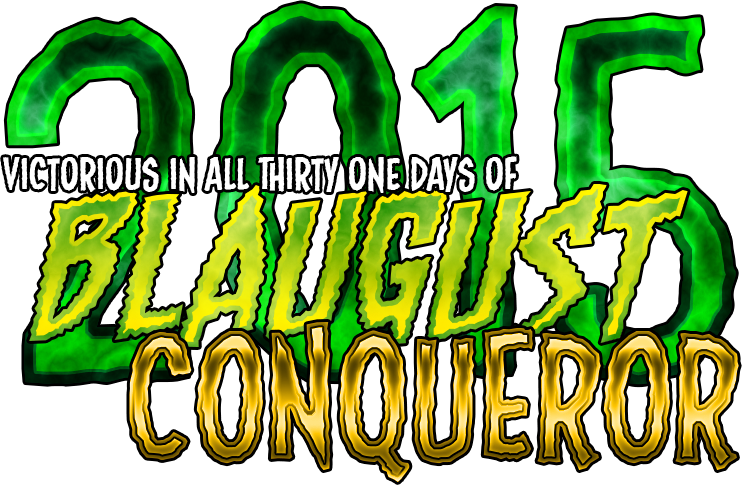 Blaugust is over and I am a Conqueror! I went through everyone I found on the Day 31 forum post on September 1st on Anook, read and commented a congratulation to them and almost went insane from the sheer amount of words I had to take in to do that task. I have a ton of respect for Belghast for being able to do that all month long. (Some of you writers, how can you write so much??!?)


I’m still kicking though. Yesterday I spent the whole day relaxing and playing some more Star Wars: The Old Republic and just shutting my mind down. It was good.


After telling my brother about it, he gave me a great suggestion. If I had recorded all that play time, maybe I could have edited the story bits and inserted my own dialog for the missions. Maybe funny stuff, or maybe serious other story stuff. I think I’ll give it a try.


So congratulations everyone and bigger congrats to those I missed because you could always use support. And since I missed saying this in my final Blaugust post - Thank you so much Belghast for running the event. Time for Slacktember (Love this term. Thank you for it, Rowan Blaze).


For those interested, you can read Belghast’s results on Blaugust here.
Posted by Tyrannodorkus at 9:37 AM