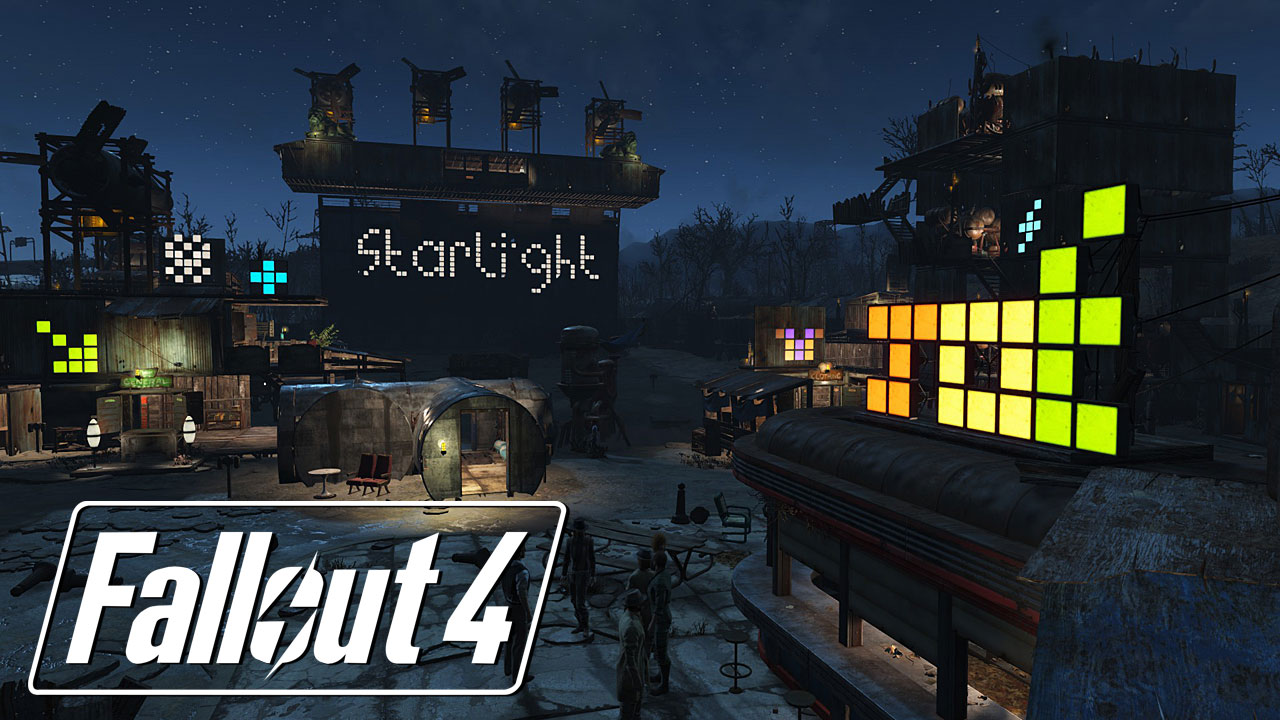 Fallout 4 settlement building is a really fun mechanic added to a game that scratches that open world housing itch I’ve had. Well, semi-open world since you are still confined to static plots, but some are pretty darn big.


I’ve played around with the system long enough to feel that I can give an experienced review on the system itself. Show where it shines, where it’s lackluster and where it’s down right frustrating.


To begin, the system has a lot of good intentions in mind and is a wonderful addition to the aging engine Bethesda is using for the Fallout and Elder Scroll series. The use of the word “aging” doesn’t mean “old”, but it does mean some parts of the engine are dated and in need of update or repair. Also by aging is that the engine has so many features that a new engine just wouldn’t have, so I’m glad they are using it and updating it still. Much like an aging MMO, the older ones tend to have a lot more to do. If you’ve been to the Institute, it’s a good analogy of this engine. The part everyone is at is shiny and new, but there is a lot of old technology behind those walls.


Unfortunately with the good intentions, the settlement building does feel like it was tacked on late or later in the development of the game and there are bugs and sections of the mechanic that is woefully underutilised. One of those are the picket fences magazines that add new items to the list of buildable stuff. There are only 5 of these magazines and one wasteland survival guide that adds two silly flamingo lawn ornaments. Between getting the magazines and not getting them doesn’t feel like a lot of difference going through the build list. There are a lot of furniture and items out in the wastes that you just can not build in your settlement without mods. It’s a good start, so I look forward to what modders can do to pick up the slack. I’ve already seen a few good ones on the Fallout 4 Nexus.


Another pitfall is that some settlements offer a lot of room, but you are still held back due to a small settlement size limit and how many settlers can be at one settlement. I understand the limitation to help keep people from slowing their game down, but there should be an option that let’s people who can handle more, or doesn’t care about that, to build and allow more on a settlement. There are some cheats to get around this a little bit. For instance you can drop a lot of guns you are holding on for new settlers on the ground, go in build mode and store each one individually. That should lower the size limit bar and allow you to build more.


Where this system soars is the inherent fact you can build whatever you want with the given objects you have, and within the confines of the settlement build area. Many housing systems of other games are usually within a small house or are pretty static with placement. Here you have an entire area to build many houses and can design inside and out. I’ve spent hours on a bunch of settlements and still have lots of places I haven’t even touched yet. I wish I could do more with my settlers, like set up guard routes or pathing in general. Maybe set up trade with places that aren’t settlements, like Diamond City.


Fallout 4 settlements are heading in a great direction and I honestly can’t wait to see what modders can do with it. If you want to see some of the possibilities you can do with a settlement, I posted a video of what I’ve done in Starlight Drive-In.
Posted by Tyrannodorkus at 11:29 AM