The Devil Is a Part-Timer! (Season 1) 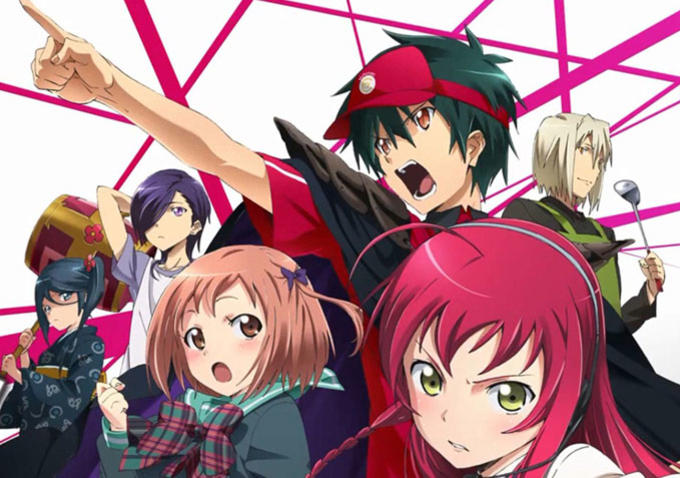 I finished watching The Devil Is a Part-Timer! season 1 (a.k.a. their only freakin season) on Netflix and I got to say I loved it. Unfortunately there has only been one season made of it and I don’t see plans for more, but I do see that there are light novels and mangas made and will look into them.


The Devil Is a Part-Timer!, or Hataraku Maō-sama! for all those who prefer the Japanese title, is about Lord Satan and the Hero Emilia fighting a grand battle for their world, Ente Isla, and just as Emilia looks to be delivering a fatal blow to Satan, Satan takes off through a portal and followed by his general, Alciel. This is about 5 minutes and we are now getting into the real show. Satan and Alciel find themselves without magic and in human form in this new land, modern Tokyo, Japan. They then spend a year off screen getting used to their new surroundings and try surviving in a world without magic. During the rest of the first episode, you see how Alciel and Satan are dealing without magic, taken on special roles and determining what it is they want to do from there. Either to try and return, or stay and subjugate this world instead. At the end of the episode, Satan, now Sadao Maou, comes across a lady he interacted with earlier only to discover she is actually the Hero Emilia, now Emi Yusa. She followed them through the portal and had to learn to deal with a life without magic and her celestial powers while looking for Satan to deal justice. And all that is just one episode!


Much of the show is about how the characters interact with each other, trying to discover the other’s motives and intentions in a humorous fashion. The characters are unique and I loved how Emi and Sadao constantly clash at each other in a frenemy way. To be honest, I was picking up a huge Slayers vibe - an anime that’s in my number one favorite anime slot. I really wish there was more than just the 13 episodes available to watch, but I’m going to be looking into the light novels and mangas now just to get more of these characters because I can’t stop now.
Posted by Tyrannodorkus at 9:49 AM