One of the games I’m playing at the moment is Star Wars: The Old Republic. Of the many features I don’t like about this game (like no rodian race to play as - which was my main race in Star Wars Galaxies), it gets something right. Like really, really right. That is how it tells its story.


The developer, Bioware, is widely known for telling good stories, and I agree with this, but what I’m talking about is how they are telling the story in SW:TOR, and how they deal with multiple players in a group going through that story.


An instance is a place in the game where only you, and possible group members, can enter. Everyone else can’t enter that spot of the game, unless it was in their own instances. This means two different players can be in the same spot and not see or interact each other. If I did something in this instance, the other player wouldn’t see it. My instance has my own NPCs to talk to, my own enemies to fight, and my own stuff to pick up.


In ye’ olde MMO days of the past, players would usually have to wait their turn, or try and steal a named enemy in order to continue their part of the quest. The issue here is that many of these named enemies were either on very long timers (sometimes weeks) before they respawned. Others shared spawn chances with non-named enemies, so you had to keep fighting until they spawned. Developers eventually lessened this with later games, but the issue still was there for waiting your turn, or jumping the gun. Instances solved this issue where the named didn’t spawn until you showed up.


Elder Scrolls Online, as I know it, took a different route with phased areas. They worked similar to instances, except they were more like invisible bubbles around a spot that only you could really see into and go while other people sort of phased out of existence if they entered a different version. A more complex, free-formed version of SW:TOR’s instances.


Love them or hate them, instances are great for telling a more personalized story in an MMO. 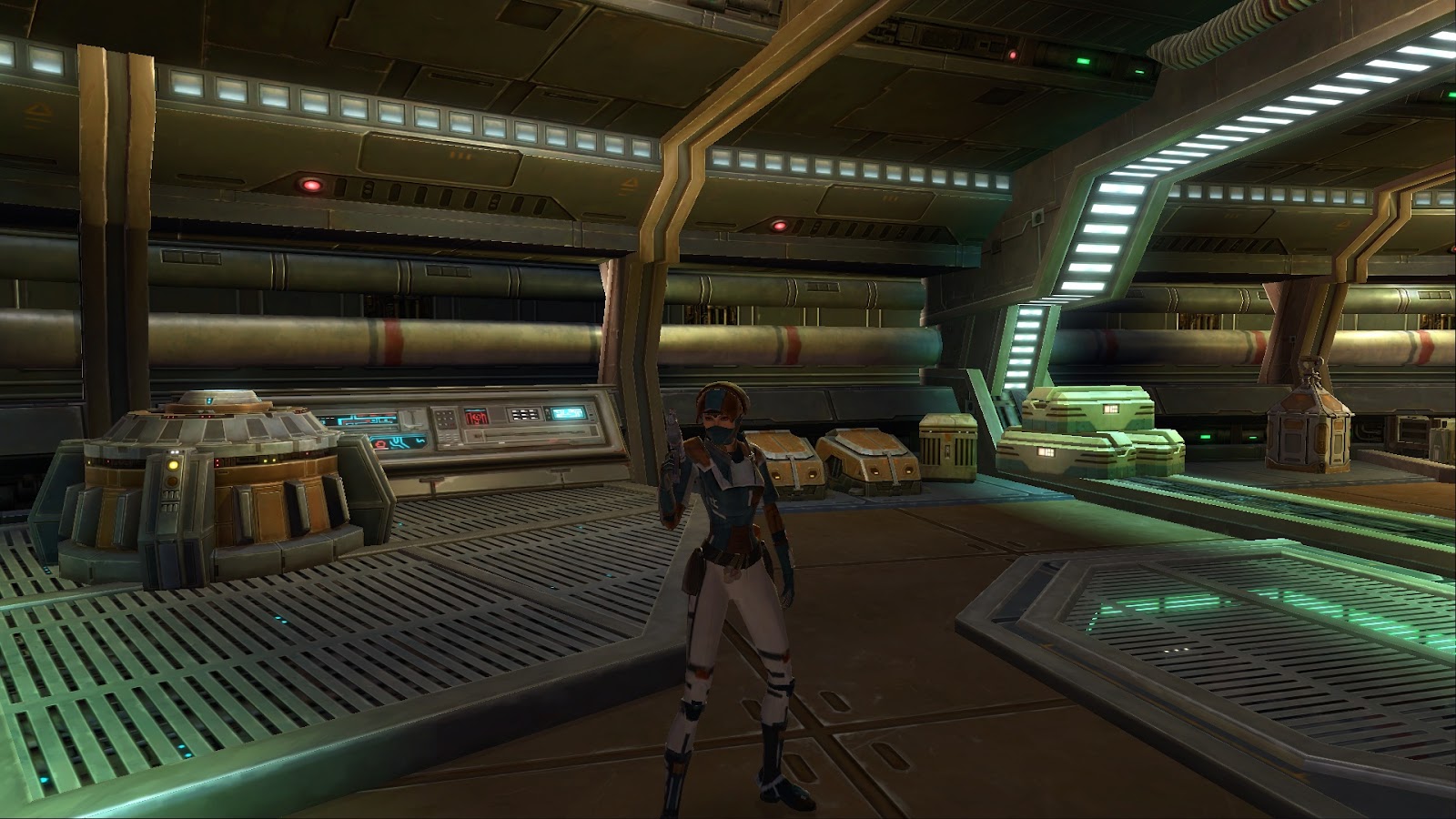 
This is the meat and potatoes part of their storytelling mechanics; response choices. In many of the Bioware games, your character is usually given a set of semi-vague responses to choose from. These choices gave you enough of an idea of what your character will say based on that choice. An example could be a choice between “Kill the rat”, “Leave them be”, or “Set them free”. From these choices, if I choose “Leave them be”, my character would say something on the lines of “No, I’m leaving now. You can fend for yourself.”


What this does is let your character choose a response based on how you’d want to deal with that situation. This allows me to better align my characters with how I want them to be, and not what the scripted path says they have to be.


Some of the issues with this mechanic is that sometimes the responses are too vague, or don’t follow the choice at all. I’ve had times where I chose what looked to be a good choice, only for my character to say something completely different than what I was expecting. For example, I could have said “Set them free”, and my character would then fry them with lightning and say “You’re now free of your stupidity.” Now this specific example hasn’t happened (as far as I can tell), but it shows what I mean.


Here is where SW:TOR gets more interesting. If you’re in a group with other players while going through a group storyline, you're not put into personal story cutscenes. Instead, you share the story together, and when each of you choose a response, one of them is chosen randomly and that player is the one to actually respond. What this allows is a more dynamic story to be told, one like in the movies where the good guy gets to respond, and sometimes the greedy smuggler gets to ask what’s in it for them.


Bioware also worked in a way to do them solo if you’d like to win all responses. You could either not join the group when they start, instead starting your own right after, or dropping group and then talking to the quest giver.


As for personal story missions, you can join your compatriots in the story if it’s in an instance area, but you are just a spectator at that point. You don’t get any choices to try and interject in their story. I like this but also a little disappointed. I understand it’s done this way to save on time of development, and gives a far more personal touch to the main class story, but at the same time, I kind of wished my friend can speak up and say something off color to stir the mood a little.


All-in-all, I really like how Bioware tells the story in SW:TOR, and hope they refine and polish this mechanic for their upcoming expansion.
Posted by Tyrannodorkus at 4:27 PM