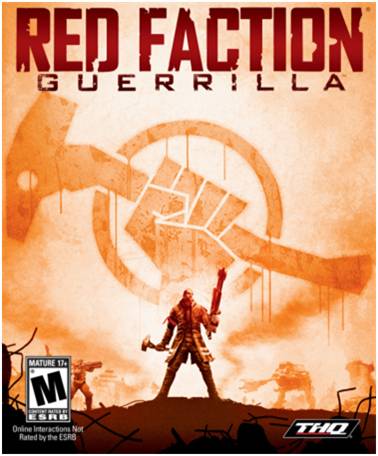 I fondly remember my days of playing Red Faction and experiencing something new at the time, environmental destruction. Most games of that period was very static with the environment. You could shoot it, but the most you could hope to do was leave a blast mark on it. Red Faction actually made a crater where you hit it with a rocket. The game even took advantage of this with a versus map where they hid a weapon in a cavity between two hallways. The only hint that it existed was a tiny hole in the wall.


The gist of Red Faction is that you are a miner, one of many being oppressed by the corporation that hired you to mine Mars. The situation got so bad that a resistance force grew into what is called ‘Red Faction’ to take up arms against their oppressors. You then travel through the tunnels of Mars to try and escape while also finding out the mystery of the plague.

Over the week, I found that Humble Weekly Bundle had Red Faction Guerrilla for sale for at least the average donation. I decided to pick up the whole bundle, because why not get games and support charity at the same time. Yesterday, I decided to give it a try. It did not disappoint.


For the most of Saturday, I spent blowing up Earth Defense Force buildings, the new oppressive force on Mars. The game is largely based after the events of Red Faction, but now the planet is terraformed and breathable on the surface. Destructive environment is still the main feature.


I’d have to say the game is a fun romp of destruction... when you finally get to your destination. You see, the devs of this game made it a large world, so large you have you drive from location to location. So what you tend to do mostly is driving. If you love the long drives from point A to B in Grand Theft Auto, you’ll be at home in Red Faction Guerrilla as well, plus you get to blow down buildings. There’s also these side missions you do to help strengthen the Red Faction as you play.


Another fun feature is that you seem to have the strength of the hulk when swinging your sledge hammer. I’m not sure if the designers meant for that, or was a happy accident, but it’s fun batting people around or breaking through a wall ‘Here’s Johnny’ style.


So if you want a fun romp of destruction or GTA/Demolition Derby car game on Mars, this game is worth the minimum $6 donation to charity, $10 if you want the whole bundle - for charity people, plus fun. If you are hoping to continue the story from the first game, it’s also worth looking in too. As of this posting, there’s still about 4 days left on this bundle if you’re interested.
Posted by Tyrannodorkus at 10:17 AM