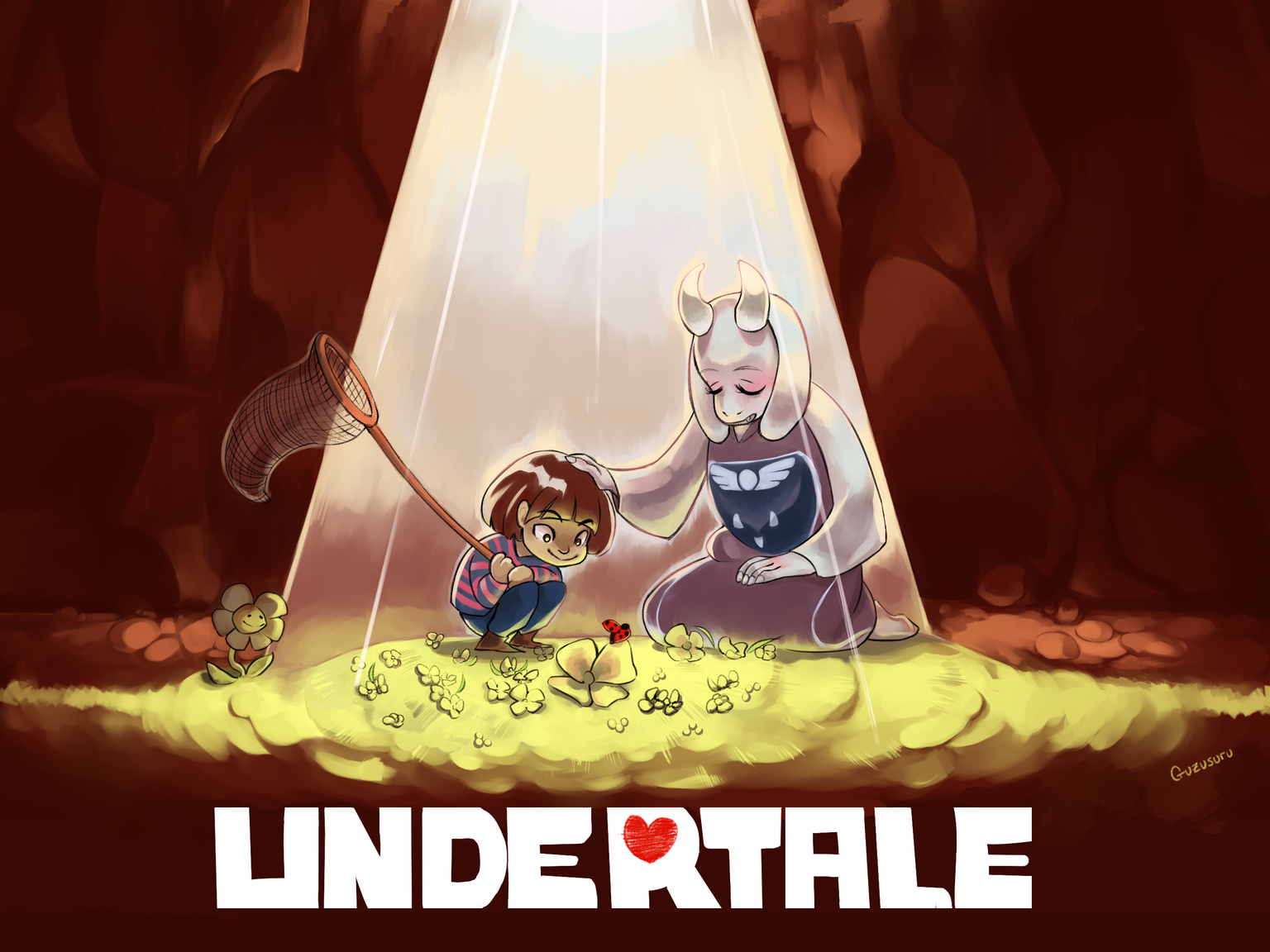 Springboarding off my last post, I still have thoughts about Flowey. Specifically, who is Flowey. These are my theories and interpretation of Undertale. 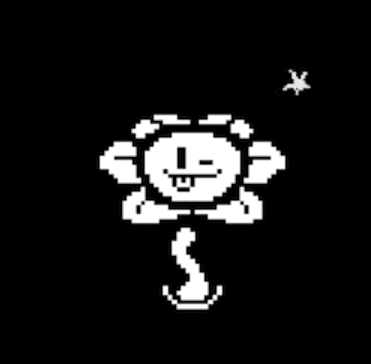 Reading theories, and other people’s thoughts (yes, I can read people’s thoughts. MWAHAHAHAH. Well, that’s what they get when they write them on blogs and such. Geesh) and I’m seeing a lot of correlation that Flowey is Asriel. Asriel died, however, and turned to dust, so how could Flowey be Asriel? If you read my last post, my use of ‘it’ would mean I think Flowey is not Asriel. Flowey is their own character. But Flowey is not not Asriel either. So let me explain.


When the first fallen child, Chara, died, Asriel absorbed their soul and went to the surface to bring Chara’s body back to Chara’s village. Asriel was attacked and instead of defending himself, took Chara back and died in Underworld. Specifically, died on the patch of flowers he loved most in the king’s garden. Of course this is how the monsters knew of this story and how they tell it on the way to the king in the neutral ending. In the genocide ending, you learn Chara committed suicide with the plan that Asriel would absorb their soul, leave Underworld and take 6 more souls to break the barrier. Upon carrying out this plan, Asriel couldn’t continue on with the plan and returned after being fatally wounded. He was just a child after all. Who could blame him? Point of this story is that Asriel died on the golden flowers of the king’s garden.


The king then declared war on the humans and set out to try and break the barrier. After getting some more human souls, he had his scientist look into unlocking the power. Something tells me he couldn’t bring himself to absorbing the souls so was looking into a different way to use them to break the barrier. The soul research turned up to be a dead end, however Alphys found that she could extract determination. This leads to an interesting topic. That link details the different heart colors and their virtue. 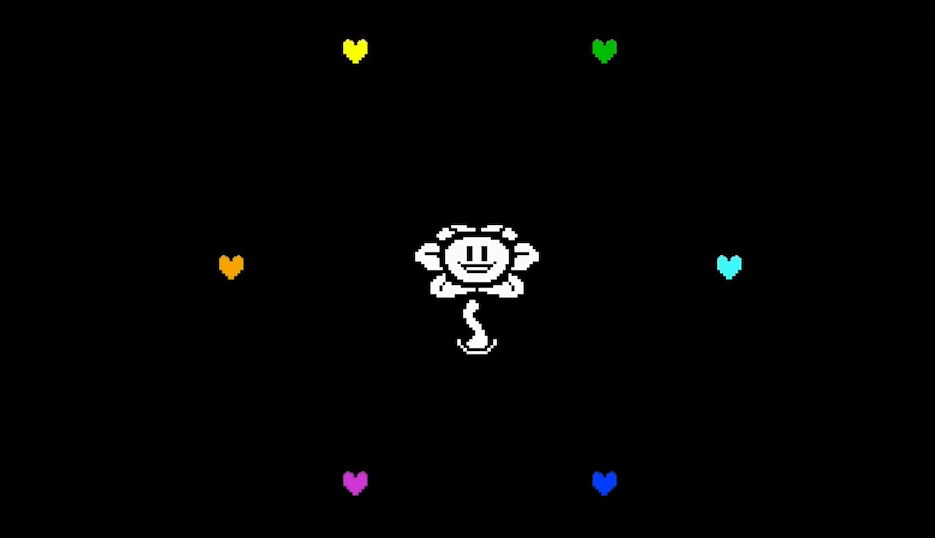 Why I linked that is because each of the souls the king had at the end was a specific color. Each color is linked to a specific virtue. The virtue that Alphys extracted was determination. The problem arises when you see that determination is red in color and none of the souls were red except yours. So where did Alphys get a hold of a soul with determination to extract? I believe from the first fallen child, Chara. Chara died and was absorbed by Asriel, but then Asriel returned and died in the king’s garden, spreading his ashes everywhere. Since human souls are said to persist after the death, Chara’s soul was probably there too for the king to find.


If this is all true, this brings up a series of assumptions like could Chara save and reload and restart the timeline. If so, would that mean they too lived a long repeated life like Groundhog day until they finally gave up and decided to kill themselves and couldn’t restart the timeline?


Also, does this mean that Asgore had all seven souls needed when he had Alphys conduct her research? If so, that means that Asgore decided against breaking the barrier by absorbing the souls. Perhaps to protect his people from being slaughtered by the humans or was too afraid of the power that killed his son? Either way, I think Alphys used up the red soul when extracting the determination, bringing the count back to six.

Getting back on point, Alphys was conducting research on determination which lead to her using it on the first golden flower. The very same golden flowers that had Asriel’s dust on it. We know from her research that determination melts monsters and combine them with other monsters. What about monster dust? How did Alphys give determination to the flower? If I were to do that, I’d probably use a spray bottle and spritz the flower with it. That would inturn get Asriel’s dust as well, merging him with the flower. But without his soul, Asriel couldn’t fully come back. Instead, the flower gained some of Asriel’s memory… along with Chara’s determination.


So, from my interpretation of Undertale, Flowey is just Flowey. Neither Asriel or Chara, but a combination of them both to create Flowey. This allows it to be a mirror to the protagonist. Taking on a reverse view of how the player interacts with the world. Depending on how you played, the game will determine which side of Flowey is released at the end of the game. Being kind and innocent will bring out the innocence of Asriel, but being malevolent will release Chara. 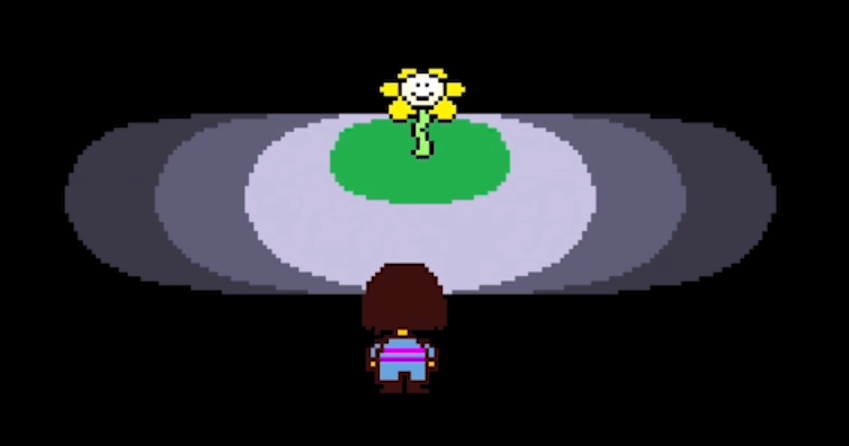 Posted by Tyrannodorkus at 11:04 AM