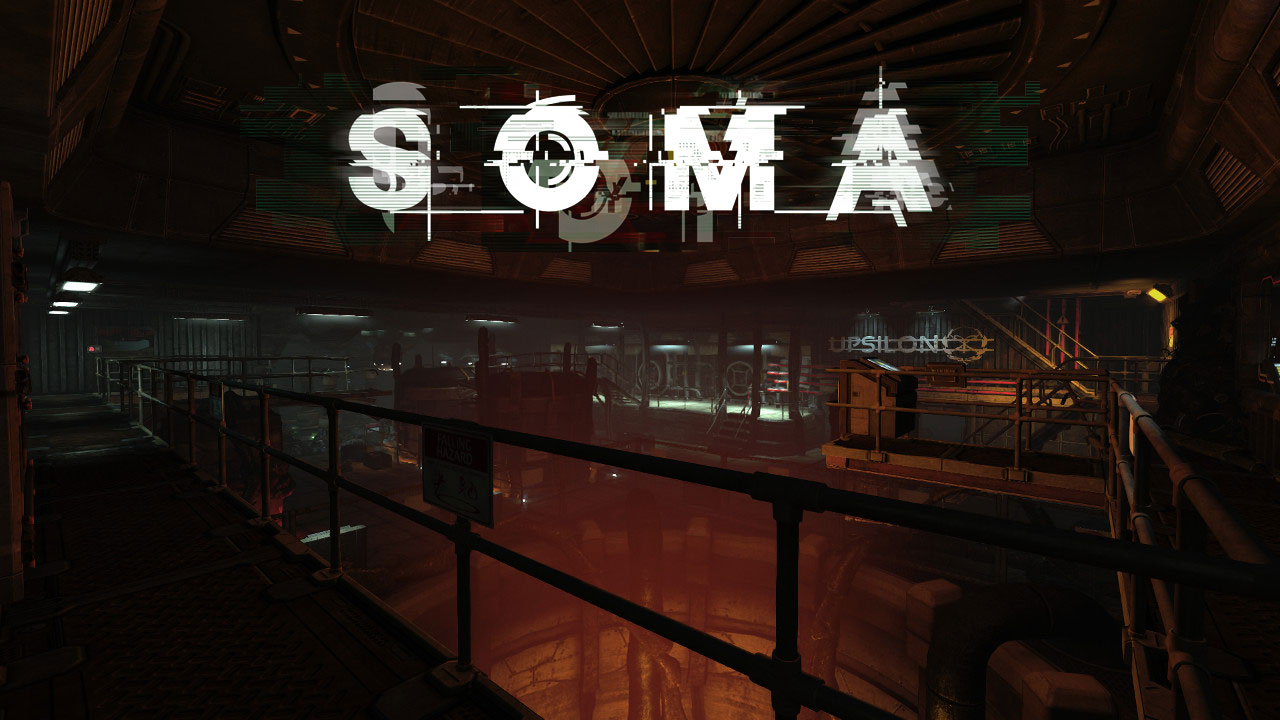 SOMA, a horror game that pits you against technological monstrosities in order to launch mankind's only hope of survival to the stars… but it’s far more than that. It hits you with many moral dilemmas and philosophical questions about life, humanity and who we are.


I’ve finished watching Markiplier’s play-through of SOMA and have some thoughts on the game. If you haven’t played it or watched a play-through, then I’ll warn you now that I’m going to get into SPOILERS in this post.


I love how the game makes you stop and think on some choices like what is life and can you take it given certain situations. Then it’ll bring that question up to you again with more on the line. What I mean is that you are shown this early in the game with a robot that doesn’t talk to you and you need power to get through a door, so you unplug them from the console and they power down, but in a way that looks like they die as they ask “Why? I was happy.” You then come to a robot stuck out in the sea where she does talk to you, but thinks they are on the ARK all by themselves. You could unplug them or leave them. If you were in that situation, would you want to be left alone for hundreds of years until power eventually ran out, or left alone but alive? Finally, you come to find you’ve moved your consciousness to a new suit only to find out it was copied over. You still exist in the previous suit but you can’t continue into the abyss with yourself, you’ll have to stay, alone. You are then given the choice to kill your old self or let yourself sleep until you wake up to find you’ve been left alone, given that same fate as before. A very tough dilemma if ever there was one.

I have an issue with the mind scan machine though that copied your memory to the other suit, and eventually to the ARK. If I remember, the machine was designed to scan a human brain, not a memory chip. Something like that could just be connected with a jack. As for the copied dilemma when going down to the abyss, Simon could just put Catherine's chip in the new suit and then she could put his chip into the omnitool, no copies required.


Also, could these cyborgs and robots with the memory of people still act like that person? Sure, it would have the memory, but would it be able to think and act like them? I suppose the programming is good enough in the future to simulate it, but could it simulate how that person actually thought, how they make decisions? Can math and programming actually predict human decision making? Can a program reflect what our biological brains, with unique balances of chemical reactions and synapse connections, do?


My thoughts on the WAU is that it’s not gone rogue, or corrupted. It’s just doing it’s prime directive the only way it can, keeping humanity alive, either keeping humans alive, or putting their brain scans in machines in the most direct way possible. It’s probably the reason that Simon is there.


Final thoughts on the game? I think it has a great story, but I have some issues with some of the mechanics of how things work in this world, especially failing to stop the comet from crashing into Earth. Seriously, they tried to destroy it? As Neil deGrasse Tyson would say, we only need to deflect it a few degrees. The thing I loved most was the moral and philosophical dilemmas. I’m definitely looking forward to any DLC to show us what happened after launching the ARK.
Posted by Tyrannodorkus at 11:41 AM