The Park: What happened to Callum? 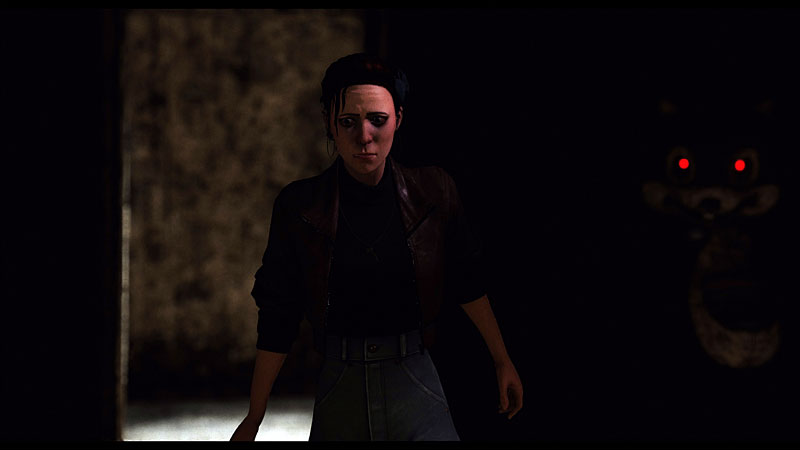 The Park made by Funcom was a fun ride, but after the lights fade to black and we find ourselves in a room being questioned about the disappearance of our son, we are left wondering; What happened to Callum?


Here’s my theory of what happened. This contains SPOILERS, so if you haven’t played or watched the game yet, please do so now. Now that you’re up-to-speed, or like reading about spoilers, let’s continue.


Before I release the bombshell of what I believe happened to Callum, I’ll want to build up the evidence first because it’s a doozy theory.


The first ride we take sets up the whole mood for the game, and subtly the story of Lorraine and Callum. It’s the German tale Hansel and Gretel. After the ride, Lorraine talks poetic about how Callum and she are the brother and sister, sticking together and hoping to one day find their house of candy so they don’t have to go hungry.


Further in the game the next few pieces are told in internal monologue by Lorraine in how the father died while being a worker for the Atlantic Island Park, how she is going through depression, and how she wants to love Callum but doesn’t seem to.


After we go through the jump scare portion of the House of Horrors, we find ourselves in our own home. Here is where a good chunk of evidence comes forth. You find books and papers all over the place that changes with each iteration you go through. The first paper you find is a notice for shutting off the power during the winter in Maine. I’m sure there are parallels that this letter is referencing the season of winter, but probably also hinting that it could be Nathaniel Winter as well, the park owner.


This is important because we have the situation we need, Lorraine and Callum stuck at home during a harsh Maine winter.


Why didn’t she seek help so they wouldn’t go without? Because she done that many times before. When she looked for help with her depression after the loss of Don, the father of Callum, all she got was electroshock therapy and medicine. She talked about a cop saying she needs help, but she would rather die than get help again. She also sought help from her own mother and looking for money from Don’s life insurance, but was given the cold shoulder. So she probably feels she isn’t going to get help, which is why I think she tried to bunker down and ride out the winter with Callum.


Where we finally find Callum is lying motionless on a slab of concrete, below the park. We as Lorraine go up to him, then find ourselves wielding an ice pick and Nathaniel behind us putting us in position to do the unthinkable, but releases at the end, letting us finishing the act. We stab Callum. Story over, bring out the police tape, we have a murderer on our hands. But we don’t find ourselves in cuffs, but in an office room, probably interrogation, being questioned by the same individual we see at the beginning of the game, letting us through the gates. In order to complete our story, we have to go back to the House of Horrors, and I don’t mean the jump scare part.


Winter in Maine is cold and brutal. No money means little or no food, and being locked up for the season with nowhere to go, cabin fever can set in. Lorraine is already having depression issues, and with all the bottles of medicine, she probably has an addiction too. Strolling through the house, over and over, you get a sense of being caged in, probably how Lorraine was feeling during that winter.


There’s also a lot of symbolism going through this house, between the teddy bear with the black eye, the baby dolls everywhere, including in the oven and pot on the stove, the people hung up on the ceiling. To me, this is all symbolism of what was happening in that house.


After reviewing all of this, I think the verdict of what happened to Callum was that Lorraine ate him. The story constantly referring back to hunger and cannibalism with the book about the Donner party, the story of Hansel and Gretel, the baby doll in the oven, it’s all there. The harsh winter got to Lorraine and she did the unthinkable.


However, did she kill Callum?


We see Lorraine clearly hovering over Callum at the end and stabbing him with the ice pick. But there is some subtlety here. Callum in lying motionless on the slab, this could indicate he was sleeping. Did she kill Callum out of hunger, or out of mercy? They were going hungry in this house and was probably not going to make it. She was probably having suicidal thoughts as well, hence the hung people. But viewing the scene again, Callum doesn’t look like he’s breathing and when she stabs, he makes no noise or doesn’t jump or struggle. I think she was too late, and hunger took him already. Doesn’t mean she isn’t feeling the guilt of his death.


Why does Lorraine, in her heart and mind, go back to the Atlantic Island Park? What’s the purpose of this place to her story? I feel it’s what she blames for taking Callum away from her. It’s the source of her problems. The park is where Don worked, who fathered her son. It’s also a convenient story of who to blame for her missing child. The park was notorious for injuries, death, and missing children. So who would be the best scapegoat to blame for her missing child?


Nathaniel Winter spoke to us during the roller coaster ride, saying we were everything the park doesn’t want, claiming we were the antithesis of what the park stood for. I believe that means we are another scrape on an already tarnished reputation, continuing the park’s closure.


I also believe Nathaniel was trying to fuel the park on happy emotions, why he strapped a kid to his slab and tickled him to death, bringing his machines to life. But the park kept corrupting that, turning it into fear and anger. That’s not what Nathaniel wants, but with people like Lorraine and Callum coming around, fueling it with negative emotion, that just kept corrupting the park further against Nathaniel’s wishes.


In the end, The Park provided the atmosphere and interesting story for people like me to try and break it down to make sense of it all.
Posted by Tyrannodorkus at 10:59 AM