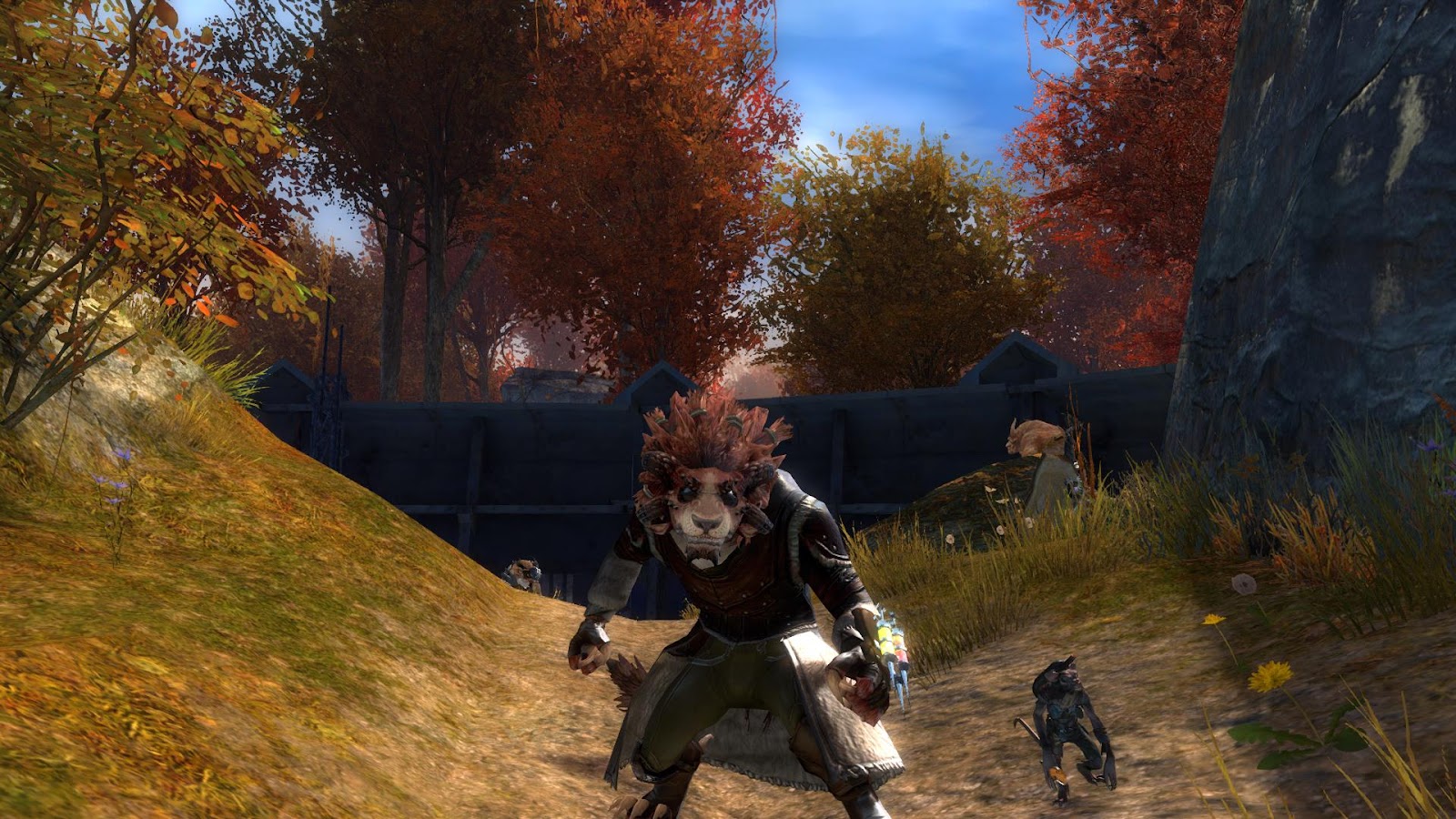 To any Guild Wars 2 junkies, I’ve started up a micro-blog on Tumblr. It’s being wrote through the mind of a character created a while ago that finally got picked back up.


His name is Enki Greasedfur, a Charr engineer. I don’t have Heart of Thorns so I’ll be left out of any new content for now, but I’m enjoying the older stuff still.


You may be asking “Why should I give two hoots or a holler to check out another GW2 blog”, which I should retort “It’s cool. I just wanted to share it with anyone interested. Plus, I’m attempting to play the game as a pacifist.”


Playing as a pacifist is a challenge all in it’s own. I’ve dropped my primary weapon and equipped only a shield. I have two kits to help right now; medkit and elixir gun. I do have some offensive abilities, but I am trying to build out an entire defensive, support character with no attack abilities. This is extremely hard since I feel foolish spraying a blue healing jet at the enemy to heal nearby characters. I can just feel people going “Dude, you know that doesn’t do any damage”. That’s another challenge too.


Turning Enki to a pacifist has been inspired by the recent game Undertale. I love it to bits and it has me wanting more. After reading countless comments about games needing more non-combative abilities, and myself getting kind of tired of mindlessly killing red names, I want to try something new. What games can I play that allows me not to fight. World of Warcraft has a player that reached max level by crafting for months doesn’t sound like my kind of fun. GW2 has lots of events and hearts that has non-violent activities, so I decided to see how far I can take that.


My plan is to write one journal entry each time I play, and then however many thought posts during that session. Since I’ve defaulted my travel to walking, I have plenty of time to come up with those posts. I suppose I’m a glutton for punishment with all these rules, but that is half the fun trying to follow them. I’m using Tumblr because it’s easy and convenient for me to post to while playing.


Lastly, I’m also doing this because I’m trying to work on my storytelling. I feel it’s a bit weak and need to practice at it.


So, without further ado, here is a link to Enki Greasedfur’s Tumblr blog.
Posted by Tyrannodorkus at 1:40 PM

Email ThisBlogThis!Share to TwitterShare to FacebookShare to Pinterest
Labels: MMO