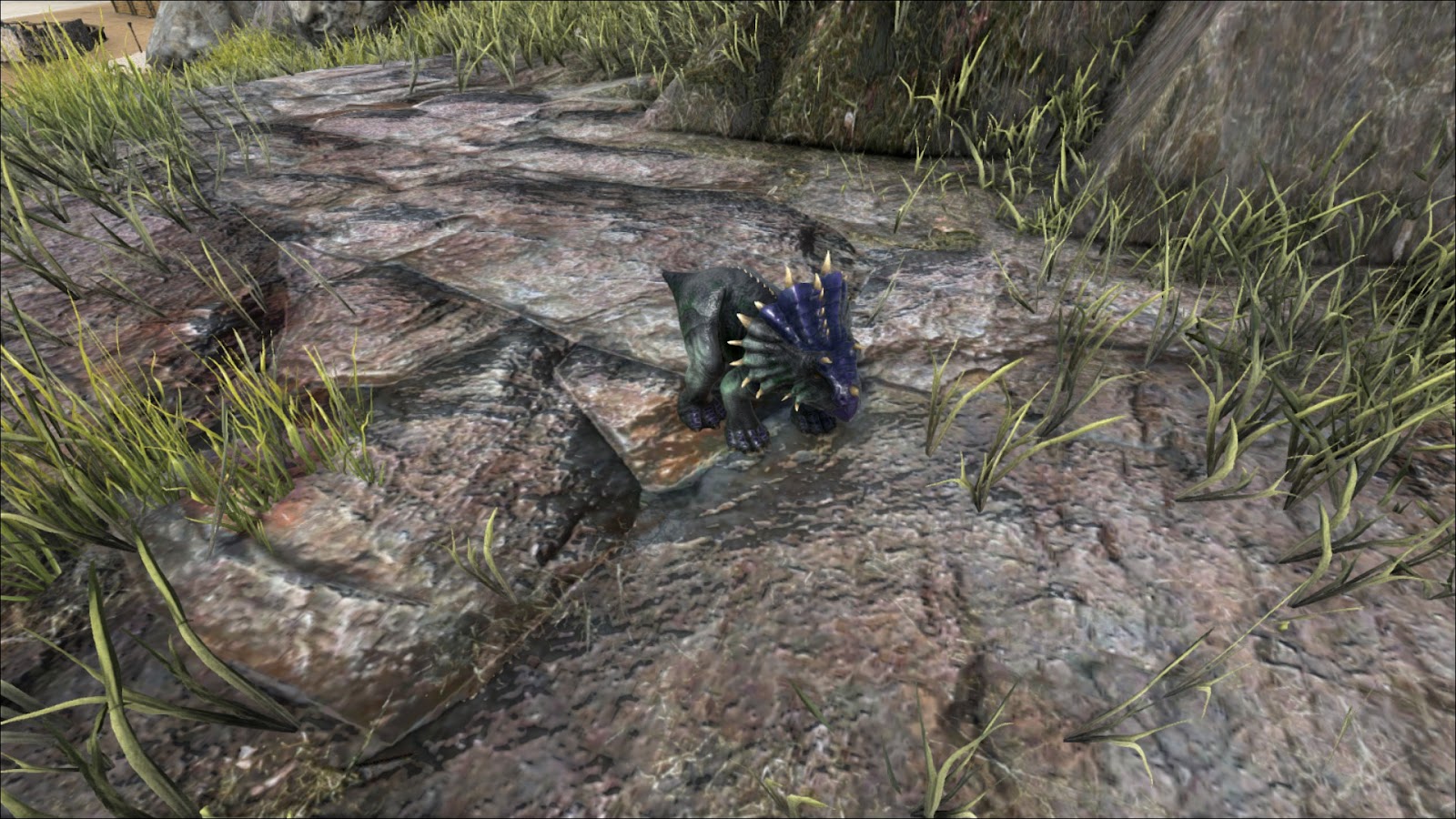 [UPDATE] I made an important update to this post down below. My perception on how to feed the baby and how long was skewed by very early experience. I’ve played with the system more and have a better grasp on how it works. [END UPDATE]


My Trike family are now the proud parents of a newborn male baby trike. This adorable little muffin’s name is Kree and packs a huge appetite. I’m constantly looking for berries to feed the hungry little fella, but his future's looking grim.


I have to say I put in a lot of time into hatching this little bugger, keeping the egg within the right temperature. I would stay up all game night and read it stories and sing to it. Now that  it finally hatched, first thing I noticed was how quick he ate berries and how little he would hold. I’m at the stage of feeding him by hand.


So far the mechanic is unbalanced to me, like it was meant to be done by a very large tribe with a big portion of them dedicated towards raising babies. Each hatchling requires constant attention and a constant stream of food. So I was curious how long it would take to raise this baby until it would eat from a food trough.


That’s a lot of time for someone to shove berries down just one trike’s throat. Not to mention another would need to go out and grab those berries unless you spent a lot of time collecting and storing them in a preservation box. I believe the trike was eating a berry every 5 seconds. Doing some math, that would mean I would need about 3,360 berries until this goober would eat from a trough. I would need about 34 stacks of berries and 3 preservation boxes to hold them in.


From the looks of this system, the developers wanted to make breeding a large tribe only thing, which I would have to disagree with. Unless these bred dinos are super dinos once they are fully grown, then this system needs rethinking because I was looking forward to being a dino breeder, and this system is out of my time investment.


I love my little trike, it’s so cute and cuddly, but I don’t think I’ll be able to keep him alive with such an investment needed. I’ve lost dino’s before and was saddened by it, but this is going to be harder on me since I’m going to actively let it starve. I don’t have a way to stuff him in a preservation box until I can feed it more berries like I did when he was an egg. So what would have to change to make this system more friendly to small tribes and solo players like myself?


From what I am experiencing, the food system is where the deal breaker is. I can’t sit around staring at an inventory system for almost 5 hours for one baby. I have other things I like to do, such as gathering materials, building up my base, and general exploring. I would also like to take care of other babies if I could.


[UPDATED] The food system is very deceiving. At first when I was trying it out, it felt like I would be glued to the little tike (trike too) for the whole 5 hours while he was growing up to be a juvenile. Well, I was planning on letting Kree kick the bucket, but when I logged in, I looked into his puppy trike eyes and I said I have to at least give it a shot. At first the fella could only hold 4-5 berries, but as time went on, he was able to hold a little more. After about 20 minutes, he was able to hold on to about 20 or more berries. Here’s the turning point, since he would eat a berry every 4-5 seconds, this gave me time to go check on some other parts of my camp. When I got back, he could hold some more berries and that extended the timer a little more. I’m about an hour or two in and noticed he was increasing inventory about .01 per 3 seconds. Some math showed that he would reach 10% of max inventory in about 3 hours, much sooner than the chart suggested. Right now, I can effective get around 20 minutes of me time with mejoberries to run off and harvest more with the father trike and have him stand by holding on to all the berries I need. This feels a lot more tolerable and open up to small tribes and solo players. Right now some of that me time is going into updating this post, but I still like my suggestions so I’ll keep them up in case the devs take a peek here. [END UPDATE]


My first suggestion is have the “feed by hand” shorten to around 2-10 minutes depending on the intelligence of the creature until you can teach it to eat from a trough, or from their parent. This still has you spending a lot of attention towards its first few moments. After that, you are now free to spend more time elsewhere while they are able to feed themselves. [UPDATE] The current system feels pretty similar to this. After about 10 minutes, I can start doing other chores around the camp [END UPDATE]


Another suggestion is let them eat until they are full, and then let the food meter tick down faster than an adult, but slower than it is now to give the player enough time to deal with other matters. I would suggest about an hour before they’ll need to feed them to full again. That would mean I would need to check my trike around 5 times before it would be able to eat from a trough. That feels like a far more reasonable time investment. That would also mean I can deal with real life matters if I was playing on a server that I couldn’t pause or stop.


Either of these would make the amount of food bearable as well since I can go get food as I need it instead of storing a ton and have to take into account spoil times. The food system is also where the largest risk is involved of losing your investment because of the large time scale (discussed below) and how easy you could lose hours of play time.


The next suggestion is how incubation works. I love how I need to incubate the eggs, by actually keeping them in an environment at the right temperature. This makes the game feel more real since I’m not just throwing it in the incubation box or some special structure I would have to make first so I can complete a boolean check if I can incubate the egg or not. This system adds depth, but there is an issue.


These eggs are just too darn fragile at the temperature they ought to be at. Honestly, how do these eggs hatch out in the wild? The system is currently too precise to hatch an egg on its own, but I hope it’s because it’s still in development. I don’t mind going around and dropping the egg in locations to incubate it manually, but I’d like for a way for them to do so naturally as well.


My suggestion is to come up with dino nests that spawn near protective parents. These natural nests made of thatch would act like a foundation structure that will keep the temperature more in check. I could also sneak in some eggs of my own if I didn’t have the engram to make a man-made one. This would have to be balanced out to some species allowing for “adopting” non-owned or non-same-species eggs, and some that would destroy or eat them. This would also give the Oviraptor something more to do and look for. This means I would also have to come back around the time they hatch and retrieve them before the parents notice.


Honestly, I can handle the timescale because I find raising young to maturity should take a while. From the chart I’m reading, I’m in for a 49 hour and 10 minute investment to raise my baby trike to maturity. This doesn’t scare me away, however I find it at odds with the taming system. Currently, to tame a trike at official max level of 120 would take normal berries 5 hours and 15 minutes according to this calculator. That is a huge difference when breeding the dino you want and just taming it, this gives tamers a huge advantage.


I don’t know if the devs already have a balance for this since I’m still trying to keep from reading ahead of this game. I want to learn as I go.


If there isn’t a balance, then my suggestion is let dinos plop down more than one egg at a time. If I could raise a herd instead of a single child, that would let me keep up with tamers. I saw that eggs could spawn twins or triplets, but I would rather have multiple eggs to take care of. 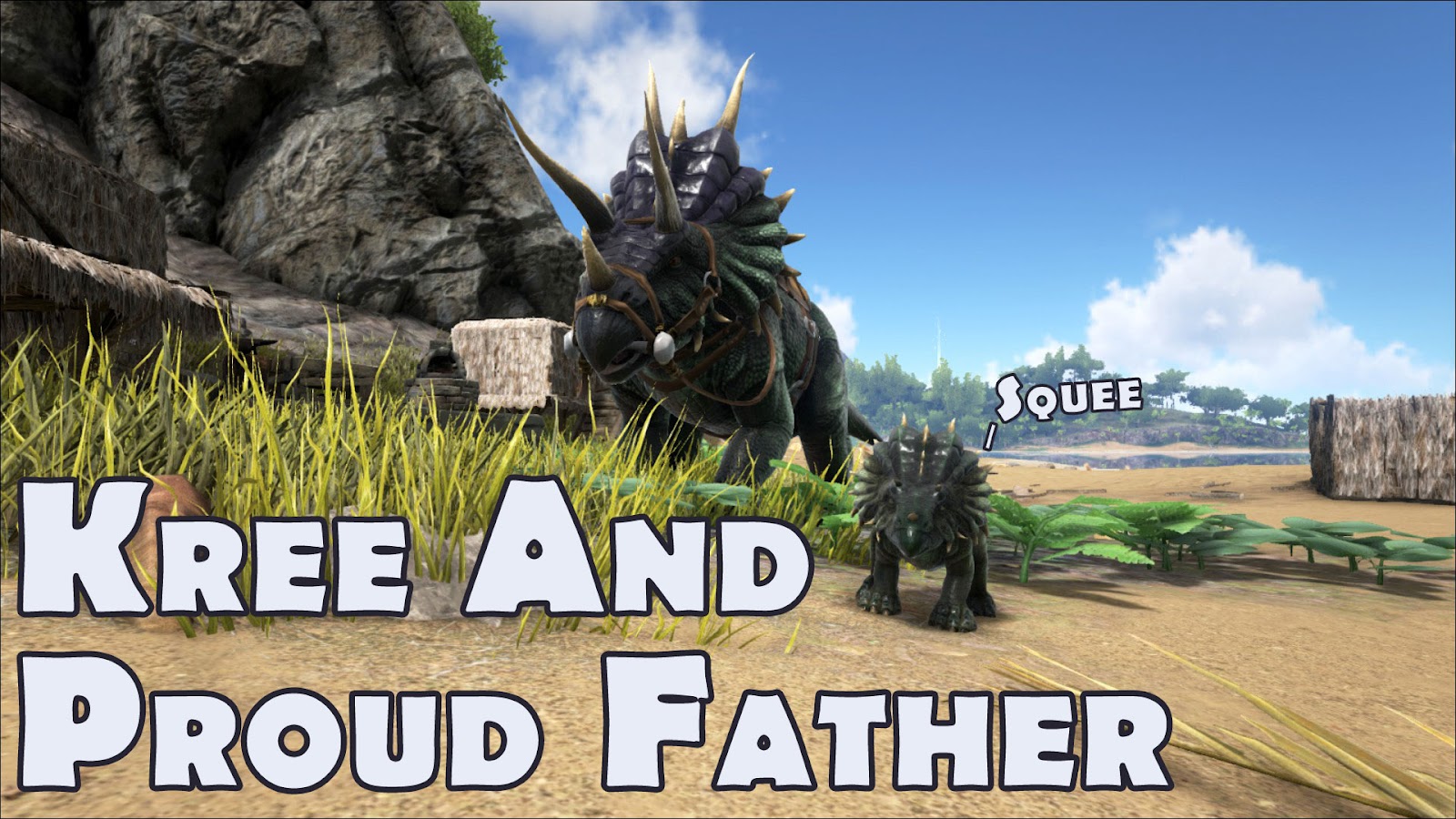 Posted by Tyrannodorkus at 1:01 PM