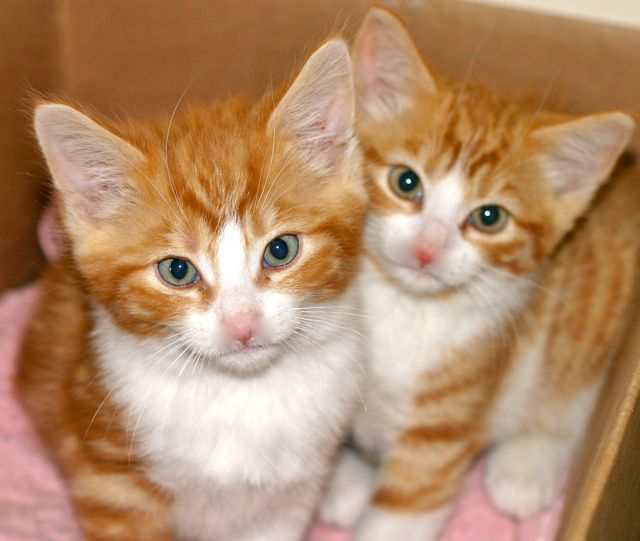 It’s Sunday, my day of rest, so today I’m going to talk about a mythical, legendary ability that very few of the population shares, and it’s absolutely true; Twinlepathy.

We twins of the world keep this a secret from everyone else because we know it will just depress all you single child and non-twin siblings of the world that we have this ability and you don’t. Nany-nany boo-boo, we have it.

If one of us is hurt, the other can feel it. It’s absolutely true, and not a made up thing. If you were here, I’m making my brother say ‘owe’ by pinching my arm… sorry, I have to stop now, he’s threatening to noogy himself to get back at me.

We also have our own language. Actually, it’s languages, as in multiple different ways of communicating. These can range from grunts and moans that basically asks the other for a drink of water or something to eat, to silent nods and gestures to strategically pass vital info during tests. We can also talk in random gibberish, to an outside perspective, but to us, it’s actually an encrypted language to keep our communication secret. And when we are too far apart, we just speak telepathically to each other.

Lastly, we can switch bodies if we want to. Parents and siblings can usually see past this power, but the rest of the world can’t tell. Sometimes we switch positions when you aren’t looking, or when we are in different places and meet a friend of the other twin, we’ll switch then too so the other can hang out.

All of this is completely 100% true and can be proven scientifically. I mean, it’s not like I’m trying to throw out sometime just to have a post today for Blaugust. And it’s also not like we twins been with each other for so long that we just seem to know each other and what the other wants without having to say something. And it’s totally not true that we’d answer to the name of the other because it’s easier to just let them think we are the other twin after trying to say for years we are not that twin.

Anyone of my fellow twins out there want to confirm or deny my confession, or want to silence me before I give other secrets away?

You can find more about Blaugust at the 2015 Blaugust Initiative Page.
Posted by Tyrannodorkus at 11:39 AM